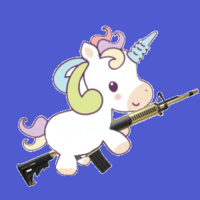 How to report a member

Please respect general forum rules before creating a new topic here.
(Any harrasment, racism, defamatory, vulgar or degrading messages are not tolerated and will be sanctioned)

> Location of the reported act : (Game, forum, social networks, other...)

> Name of the member reported: (Associated with the localization of the problem)

Re: Read before posting

Id like to give attention to two moderators whom i have been in contact with and whom it looks go around abusing their mod powers in discord and on steam discussions for this game.

I personaly got banned from discord with AndL stating i was annoying. All i was doing was stating my opinions about the delayed game, and that theres too little of trailers and such to build a hype around the game.
He stated that i was annoying and together with another non mod made fun of me personally in the public forum. I still clinged to my points which i believe to be valid and was banned for that.

Now i do not care if he banned me because he had no way of beating my arguements, i do not care if he treats me badly, im used to such things. But what i do not respect by a game developer is giving power to such a person and then not controlling it. I there was a steam discussion where several people had accounts of AndL, Cute and another mod doing this to all of them, they were all agreeing on that these moderators on discord were toxic and reminded them of bad devs. While all of these people made accounts and told their story, the mod Cute entered and made a response to one out of many whom had accused him of being a toxic mod, and stated it was a lie. Not only does it show lack of maturity but lack of self reflection regarding your own actions, in other words childish. AndL then locked the thread with a manifesto like comment which feels like he just washed his hands of guilt like pontius pilate..

I cannot make you do anything regarding these individuals whom have cost you money(people have canceled pre-orders and wanted their money back or maybe not even bought the game). But you as devs of this game should reflect over what kind of face you are giving yourselves to the community, at this moment its not good with such mods.

I dont know when or if ill be unbanned from discord, i guess annoying is on par with racism, discrimination, death threats and such for AndL.