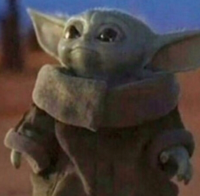 Hey, I preordered the game ages ago and have been looking forward to it for a very long time but I'm come to a bit of a dilemma.

My PC has a GTX 1080 gpu, an i7 7700k cpu, and 16gb of ddr4 ram and I'm having a really hard time playing the game smoothly. I get maybe 55 - 75 fps maximum, with dips as low to 30. When in open fields or mountainous areas it's practically unplayable when moving my camera. I can play any other game with no issues, in (game I can't say) I'm able to get 120+ frames at all times, fortnite I'm able to get 200 fps, escape from tarkov I get over 100 fps, and even a laggy game like rust I'm able to get 100+ frames at all times. I hope there's a plan to fix this issue as I believe low end PCs NEED to be able to run the game smoothly, and I'm not saying my PC is low end, because it definitely isn't, but it isn't a high end PC that's for sure. Without low end PC players, there's not much room for growth.

A friend of mine who has a GTX 960 and an i7 6700k with 16gb of ddr3 ram can't even play the game. I know that PC would probably be considered lower end by today's standards but even he can play all of the games I've listed at optimal fps, competitively too. I hope to one day soon be able to play with him, so please do your best to get your game optimized for all systems.

Also, I've noticed that a lot of people were complaining about their GPU running at 100% usage, and extremely hot temperatures. There were at least 10 people in the discord mentioning it, and people I've met in twitch chats. So I checked mine and it's also at 100%. I do know that certain games can run at 100% and the GPU should be able to handle it without an issue, but definitely not a game like this and not when I've lowered all the graphics and am playing in a standard resolution (I had to change my monitor's res to 1600x900 just to play the game without lagging). I hope you guys are aware of this as it could be detrimental to people's GPUs after long periods.

As an (game I can't say) player who has put over 5000 hours into that game, someone who is ready to grind anarea, and someone who has been looking forward and following all information about the game since it was announced, I'm really hoping these issues are tackled sooner rather than later as I simply can't play, and won't play until it's fixed but of course I want to, I really do.

Thanks for your time, and I hope you appreciate that I didn't complain about the crashing. I do understand that it's an early access extremely early alpha but I'm just worried that the performance issues with the frame rate is being overlooked as many streamers have VERY high end PCs and it isn't spoken about, and many people nowadays who take gaming serious have rigs that can run anything. The issue here is that people who are new to the game, who don't take gaming as serious, are the majority. The largest reach of a player base the game can achieve relies on these people being able to play the game.

I will pay attention to the patch notes and try the game again when a performance patch has been added. Thanks